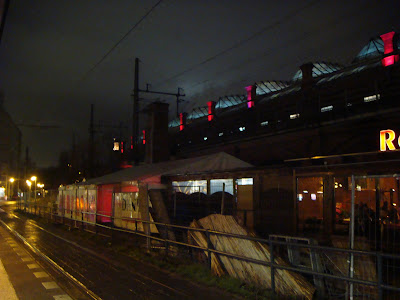 One’s ability to understand the present is strongly informed by the knowledge of the past and how deep does one perceive history through different events, people, stories and myths. No other city made me more conscious of this, as I struggled to grapple with the Berlin landscape of empty dark voids, glitzy global commerce, historical sites and the neon night life. I don’t know why but I sensed a strange melancholy in the city. Was it because of the extremely cold weather, the snow, its history or the Easter holidays, is something that I will have to leave to my future visits to this place. 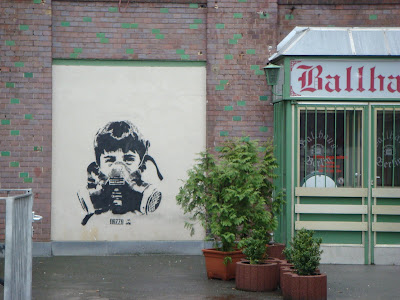 As we entered Berlin from the Schonefeld airport, with the S and U Bahn heading towards Zinnovitzer Strasse on the U6 line, I saw huge empty plots of land, streets that were magnificent axes of power today dimly lit by street lights that would alternate on each side and distanced enough to create pockets of darkness and light, cold wind passing freely along fat masculine buildings separated by equally wide distances. As we reached our hostel, a booking misconception landed the 6 of us in a dormitory with 5 rows of bunk beds in a hall, each one of us having a number that we had to hang on our beds, just like the rest of the 50 odd transits who changed every night. To be sleeping in a room full of strangers, hearing them snore, cough, talk and seeing them brush, shave and change, exchanging uncomfortable glances of suspicion and self awareness was an experience that started my exploration of Berlin. As I observed people from my bed I could see each one of them being travellers, some in groups of two’s and three’s while most being a majority of solitary explorers with different places, experiences and environments etched on their skins. 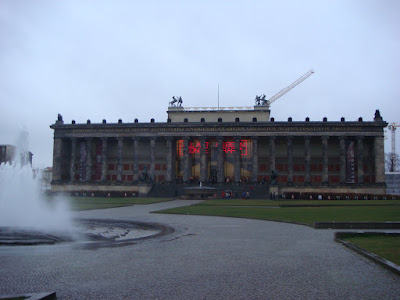 Through our five day stay in Berlin, we successfully covered the usual suspects like the Reichstag with the Foster’s dome, Eisenman’s Holocaust memorial, Libeskind’s Jewish museum, Mies van der rohe’s National Art gallery, Walter Gropius’s Bauhaus at Dessau, Schinkel’s Altes museum, the Brandenburg gate, the East side art gallery on the Berlin wall, Postdamer platz, Alexanderplatz, etc. Each layer of history layering new assertions of power, like being able to cut through a sedimentary rock and read into the past when the region went through floods, droughts and climatic changes, I felt this city could be understood through these layers that knit together loosely held centres created through Berlin’s engagement with the global economy and empty dark voids that slowly undergo a process of rebuilding. The public realm seemed to take refuge in old buildings, pubs, bars with metal doors and plastic curtains in the form of a very active night life for goths, ping pong players, retired tram drivers, chain smokers, vegetarians, etc. Somehow my experience of Berlin has left me a bit disoriented, hope i get an opportunity to visit it again someday.
at 3:45 am No comments:
Email ThisBlogThis!Share to TwitterShare to FacebookShare to Pinterest
Tags: Architecture, Berlin, City, Travel 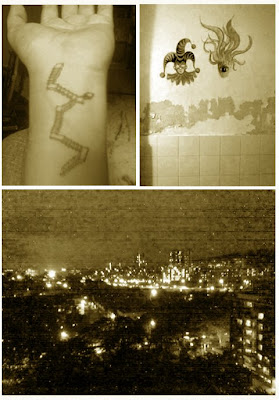 at 6:46 pm No comments:
Email ThisBlogThis!Share to TwitterShare to FacebookShare to Pinterest

I had my pre final submission today. We are working on a project that gives proposal for the future of London. We have based our project within concerns of social sustainability but have taken up a distant futures in order to formulate visions of Utopias and be able to create a narrative where social unsustainability has become a crisis strong enough to form multiple collectives. I feel the thing with utopias is that it enables one to break away from present trends within the discipline and from all the discourses of practicalities but at the same time allows one to form a framework to manoeuvre around the concerns of the present, where idea of creating new imaginations for the future becomes the intervention...a birth for new set of sounds, grammar, language, society and civilizations. 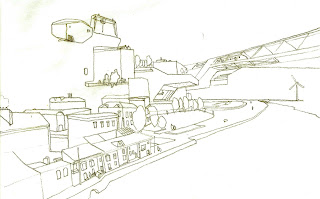 (drawing courtesy Kostas)
It is during this presentation of ours that something amazing happened! For the first time our course director stood up and looked at our drawing, ...and then he spoke, but he did not speak as Colin Fournier the course director, trying to negotiate around different interest groups or diplomatically playing cards of offence and defence, but instead he was Colin Fournier from many years back, a young man who had just finished making a drawing with Peter Cook in the Archigram series, someone who had just assisted young Bernard Tschumi to formulate a project that will change ideas of context for ever. He spoke and described the continuous struggle between the socialist modern architect’s vision and the present day all facilitator, negotiator, open market, post modern architect’s systems and policies. We read the success of our presentation through Colin's transformation, and have come to realize the ordeal that lies ahead.......taaddaaaaaa! 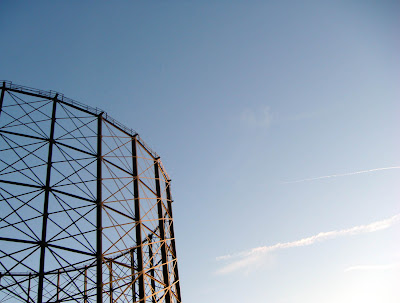 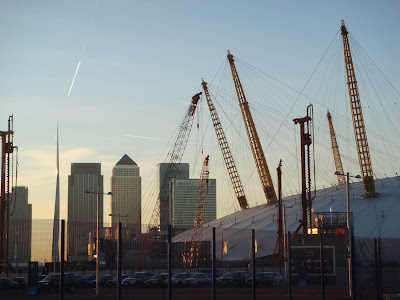 at 3:15 am No comments:
Email ThisBlogThis!Share to TwitterShare to FacebookShare to Pinterest
Tags: City, London

Being surrounded by people from diverse regions of the world each having their own language, we often come across familiar sounds, words, proverbs and phrases that we discover and compare, revealing encoded moralities, ethics, value systems and perceptions of entire civilizations ingrained within the meaning of a single word. As if through the language we understand and build the world, through words with subtle differences that are so similar and often accidentally considered synonymous, but become exact in their meaning during a beautiful sunset or in the middle of a crisp argument.
During our meals we often have elaborate culinary conversations, with people talking about rotting, fermenting, aging of different expressions that describe fruits, vegetables, cuisines, and all this flavoured by prose communicating spices that many a times I feel reveal the spiciness simply through their phonetics. Like Italo Calvino’s story “Under the Jaguar Sun” words dissolve, marinate and become food, form and space. Kostas says language is like an organism, which requires people and food so that it survives and not by just talking or reading your language but engaging with it and giving birth to new words and new methods of arranging words so as to represent form and spaces and our new ideas about them. As I involve myself presently in the process of informally learning some light hearted Greek, I have become even more aware of how the structure of language even structures the experience of the world around. On comparing it to my mother tongue, I realise there are different objects, spaces, forms, our bodies, feelings etc that have been asserted the feminine or the masculine gender, my neck is feminine, the door is masculine, the tree is inanimate etc. With the pleasure of having a choice (and vice versa) between different words conveying the same meaning but to choose different genders I suppose turns the experience of the world into something much more beautiful than “it”.
In the Greek language different words with meanings get added and subtracted like a mathematical or design process in order to almost invent a new word like oplismeno skirodema......which is a word communicating reinforced concrete through combinations of “to support” +“strong”+”small stones” + “earth” and each of these words having multiple other connotations and references. The Spanish language seems to thrive on accents and slang that hides and reveals meanings based on which history one is a part of, but on most occasions everyone is your “socio”. The Japanese language through its words for numbers can reveal what is the nature of the object that is being counted and also sometimes its status simply through the number. When my Brit friend Tom asks “anyone fancies a drink?” at the end of a tiring day, I enjoy retorting “always a pleasure”......two sentences filled with enough desire, to turn going for drinks into a an absolute passion in a city with a fast eroding public realm.
So as we through language, assert pluralities, sexualities and history on forms and spaces, do our experiences of these spaces change as well? Is it that the very language used to construct and sell the idea of these spaces got reinforced through the process of their implementation? Or am I simply building myself an elaborate “baroque” trap that will keep me engaged in the process of ornamenting the language and convoluting the content?
at 2:55 am No comments:
Email ThisBlogThis!Share to TwitterShare to FacebookShare to Pinterest
Tags: Language, London, Public Space 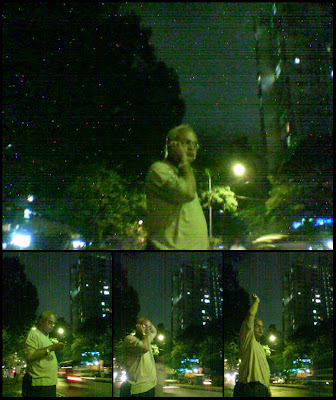